Ban Dispute for my little sis

My little sis was banned for griefing. It was a misunderstanding someone else had been griefing and they read the username wrong. Her username is FlyingPandaPoo. I dont remember the date she was banned on. Could you please unban her? My username is MewGoddessOfCats.

Thank you for your time to read this. If it doesnt happen its alright we’ll find a different server to play on.

Your sister was banned for Multiple griefing

Your sister has to make the ban dispute, As she was the one who was banned.
Also we have Core Protect so everything is recorded.

First of all, yes I agree: Your sister should’ve made the dispute.
Also, saying that it was a misunderstanding and someone read the name wrong is just a lie. When someone reports a grief, staff checks the logs to see who broke the blocks. It’s not players telling staff to just ban someone without proof.

Your sister griefed several things in an entire town, here are some examples.

She broke into this house. 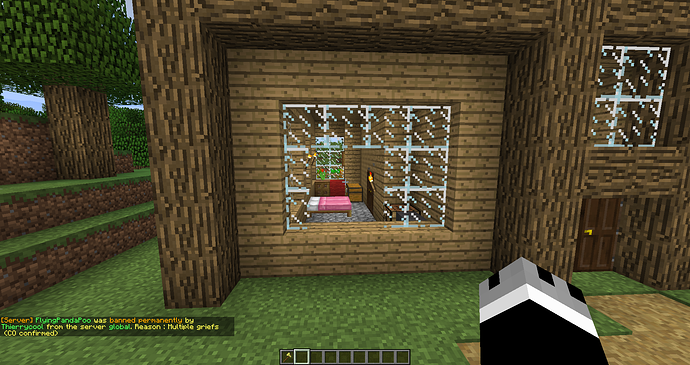 She also broke all the signs on the board and wrote “poo” on them. 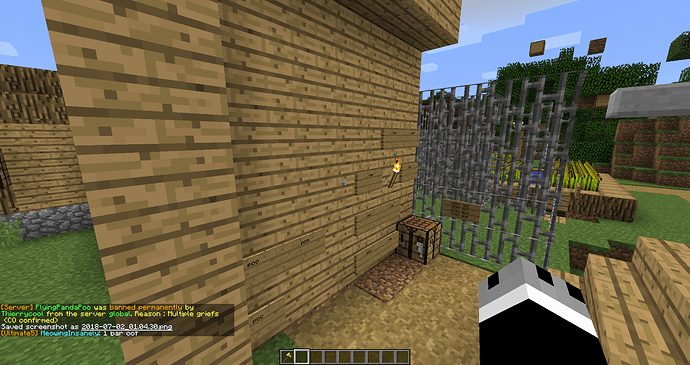 Along with some other smaller griefs spread out.

And here’s how how we check for griefs and why your statement is just a lie. 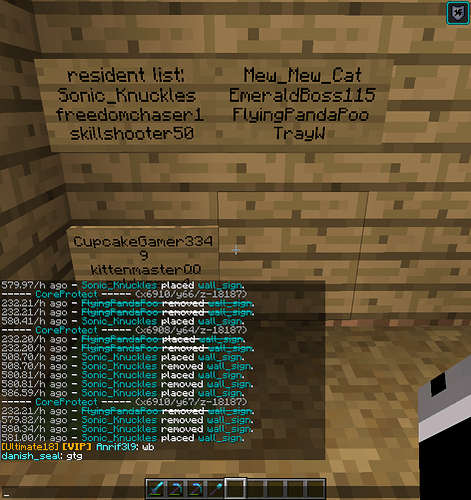