Sl0ppyknackers
I was banned for supporting a discord I made but it was specifically for server members and anyone could join. Also it said I was warned but I was never warned. I think it may have something to do with me and a friend calling a vip peepee as a nickname which we clearly stated was a joke 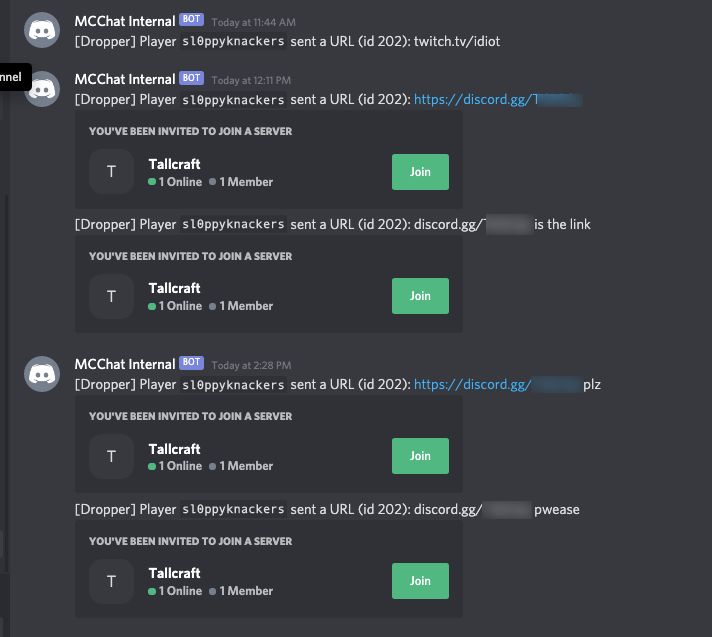 After you sent the first 2 discord.gg links, I warned you. Note that the discord timestamps are 9 hours behind due to timezones. Also see below: 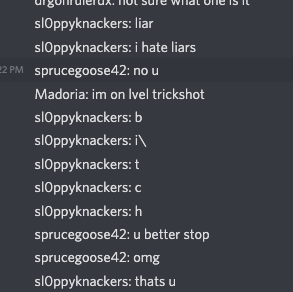 Aw ok I understand. Not to make any excuses but spruce and I are good friends and it was all in good fun. Also I just wanted to make friends ;(((( that’s what the discord was for but I get that rules are rules and I should’ve looked thanks anyway

Also I do not remember getting warned so that’s why I said I wasn’t, I wasn’t trying to lie because obviously that gets me nowhere cuz u could just prove me wrong. I was just saying what I thought happened and I guess I’m pretty oblivious

After considering your ban overnight, I think I was a bit too harsh. I’ve cut the ban time in half, so the ban will now end 5 days from this message (7 days total).
Closing ban dispute.