I was banned for griefing and for taking other players’ things. I broke into other players homes and took things even though it was against the rules. I deserved the ban but i hope one of the staff could unban me. I swear that I will never think of doing anything like that again. I love the TallCraft server and hope I get unbanned.

I caught you stealing items from a chest in someone else’s house just yesterday. I gave you a warning and told you to put everything back.
I then asked if you put everything back and you said yes. I checked, but you didn’t. In addition to that, I found out that you’ve griefed multiple player’s houses and stole a beacon + the full pyramid.

Here are 3 different places you broke into… 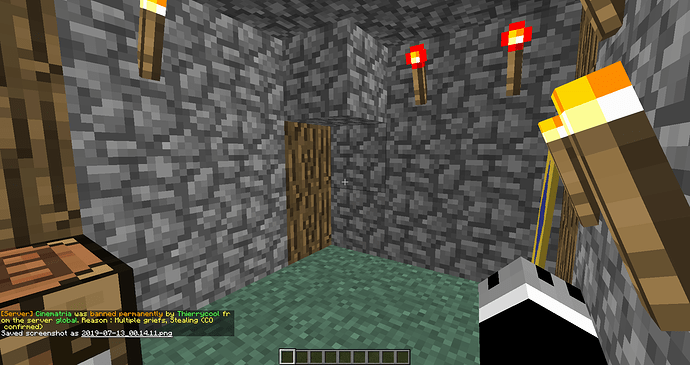 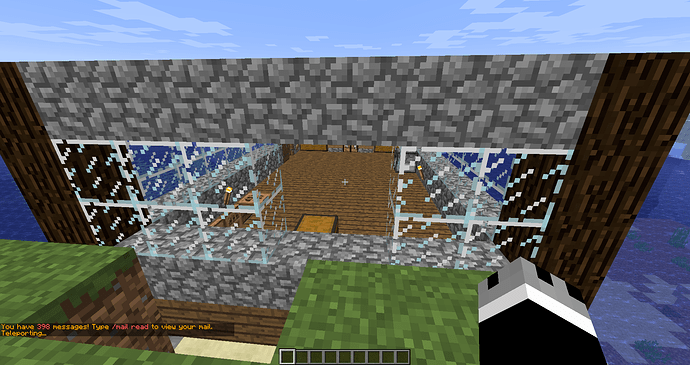 And just below this floor, you broke the beacon pyramid…

Considering that you have just been given a chance a few hours ago and decided to try and hide the fact that you’ve done more and also keep a lot of stolen items, you will not be unbanned.

You may open another ban dispute in the future after some time has passed.