Hey Tallcraft,
i got banned for griefing on your server.
I am very sorry for that misstake, i was new on the server and dont thought that i like that server, but now i regret my misstake and i would be glad when i could play on your server again.
If you unban me i dont do a rualbreak.
-Bergpennner

I’ll forgive for griefs in frostwood >w>
Since they were only some missing blocks here & there .w.

Yes, i am sorry
I’ll wait for @Thierrycool answer

Well the griefs were in frostwood, but the harmed ones were the owners of said houses/buildings.

I have shown you the grief ingame prior to banning you. Instead of admitting it or apologizing you jsut denied it and when presented with proof, you still kept denying it for a while up to a point where other players told you that the proof was right there… Sorry for saying it like that, but… Any player who was there can confirm how ridiculous that was.

You clearly tried to get away with it even when it was clear that you did it and wasted your chance to apologize by just denying it.

As for the griefs, you’ve griefed multiple things in frostwood.

Here’s one example where you stole an enchantment table together with all bookshelves around it. 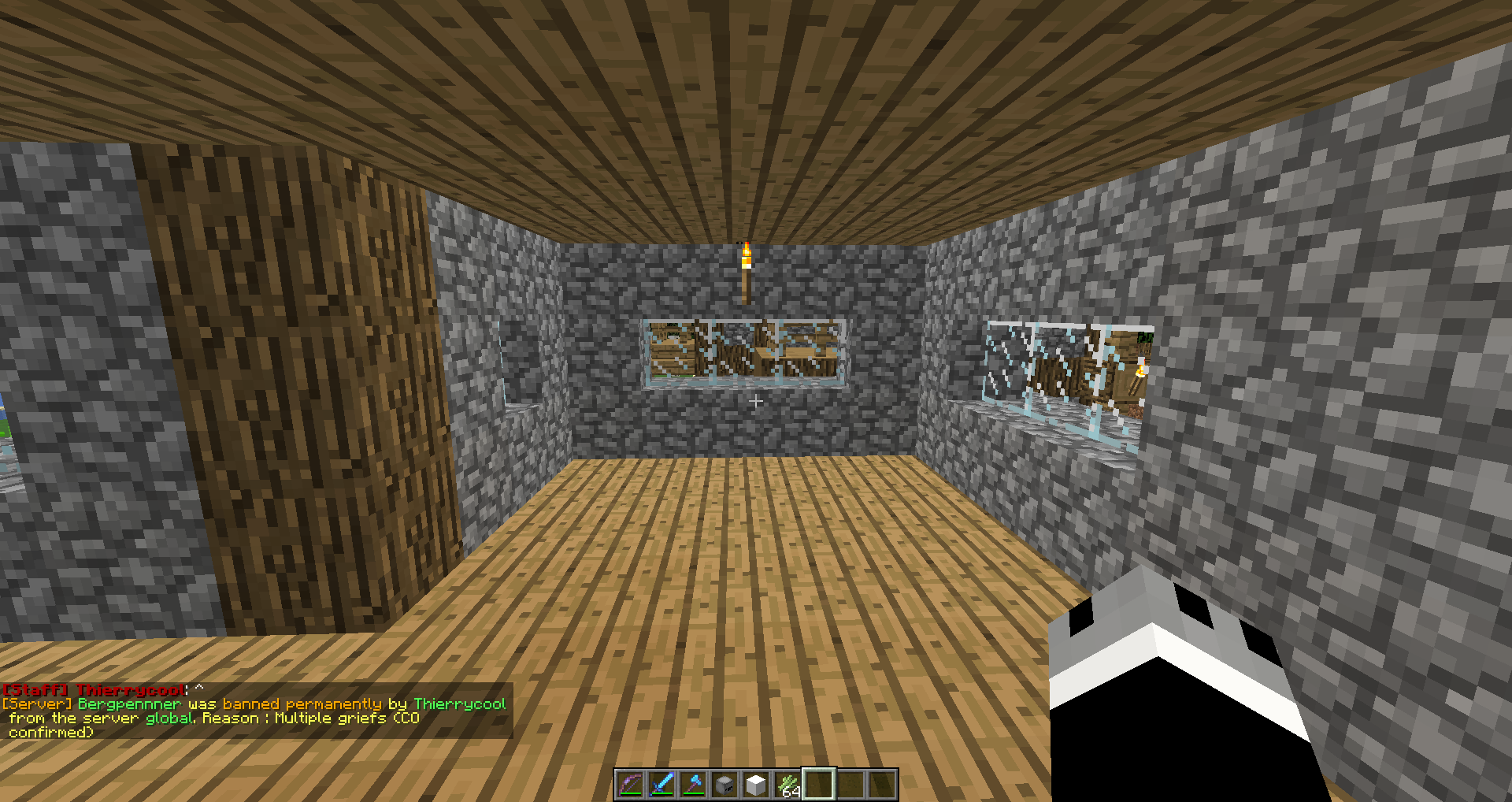 I know that i griefed items and i would hid it, because i dont thought you have proofs and you ban me. It was the start time for me on the server and do misstakes, after the day i griefed i noticed that i like this server and stoped all troubles and built much for the street where i lived (with dorafwtakis, denboo, oktendo). I really regret my misstakes and only want to play on the server in peace.

That’s just yet another lie. One which you’ve already said ingame when confronted with it.

The grief is less than a week old, but you joined back in April.

And even if your statement was true, just being new is no excuse to break the rules.

Considering that and the fact that even after all this you still think it’s ok to make up things, I will close the dispute.