Goat_Dood: I was banned on 3/7/2020 by Thierrycool for griefing. I was wondering if i could be unbanned. I wasn’t thinking about what i was doing and i know it was wrong, but i promise i wont do it again. I just want to be able to play with friends on Tallcraft again. I hope you can see this and consider unbanning me. Thanks!

Hey @Thierrycool it’s been a while since i made this, just wanna make sure you see this

Apologies for the delay. I’ve already reminded Thierry about your dispute. He should reply soon.

I apologize for the late reply, I was going to do it but then somehow forgot about it. I’d like to add here though that this ban was rather recent.

As far as I know, the proof has already been shown to you, but I’ll post it here again anyway.

You griefed those two areas, despite being well aware of the rules at that point. 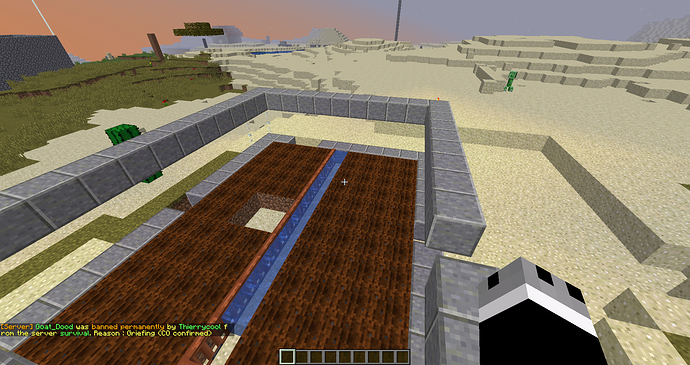 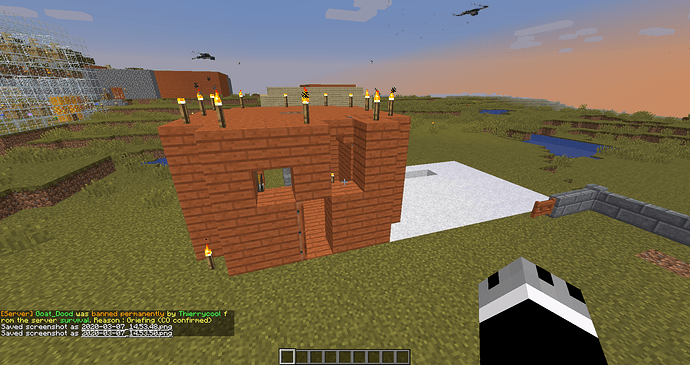 Two things should be noted…
You didn’t do all of the damage shown in the screenshots.
You came back to do additional damage later.

@Thierrycool I understand that what i did was wrong. I don’t really know what i was thinking when I did it. I knew that when i did it that it would be bannable yet i still did it for some reason. I am really sorry for doing this and if you would unban me I will never do it again. I really miss playing with my friends on the server and so I hope you could consider unbanning me. If you don’t want to un-ban, i can see why. Thank you for taking the time to look at this and once again I am really sorry for what i did.