I've been banned and want to Apologize

Hey, I noticed that I was banned for tomorrow at 6:33. For multiple grief. I only took things that were not claimed. I didn’t know that was bad, my apologies. On other servers that I was on it was okay for people to do that if it wasn’t claimed. I should’ve asked to see if it was okay. I apologize to everyone I grieved. I understand my punishment and I totally agree with it. I should’ve made sure that person didn’t play anymore, or left the server. My deepest apologies, Capture (:

Awaiting reply from @Thierrycool who issued the ban.

Hello Trey_Heaton,
Theft / Stealing is forbidden on the server. Even if the player has left the server or not.
We have /rules put in place.
Griefing players (Breaking things that you didn’t place, Or player built) Does result in a ban.
For more information on rules head to: https://tallcraft.com/#rules or when you login each time you’ll see /rules See here:

If you would like a second chance, Feel free to make a ban dispute in a few months, Or wait until @Thierrycool replies to either one of your posts :3

Thank you so much for informing me about this! I should’ve checked the rules. That was a HUGE mistake on my part!

I’ve had to ban you for griefing 3 times already… So saying you didn’t know, is just a bad excuse.

The first ban was for a rather small grief, you broke into this house and broke a few things here and there: 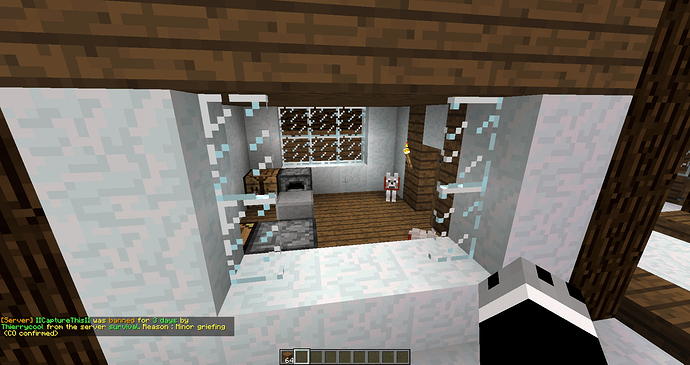 The second ban was for breaking into this house as well as again breaking a few things inside: 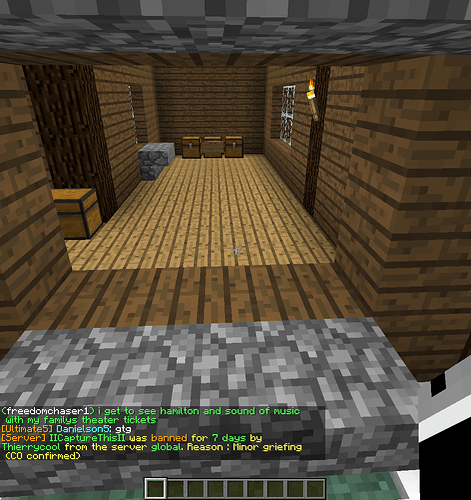 The third and permanent ban was for griefing multiple houses in an entire city… Here are some examples:

Removed an entire wall of a house: 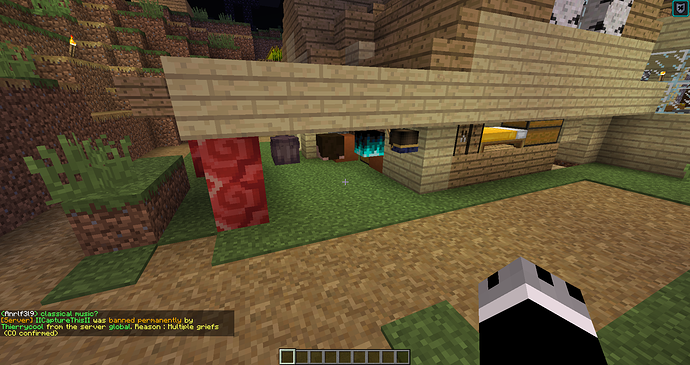 Broken into a building and broken the redstone things inside: 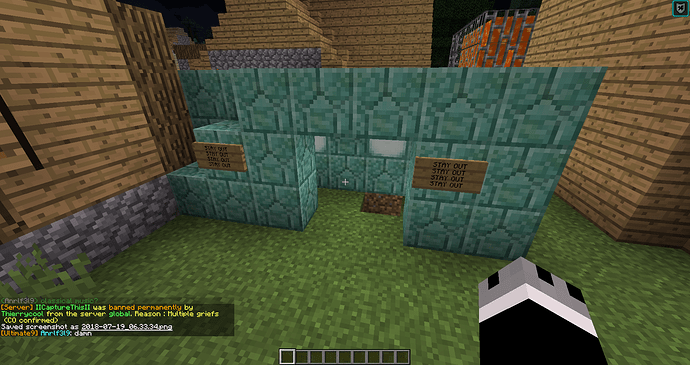 It is very obvious that you weren’t doing this to get resources, but just to mess with players. And as said, you’ve already had enough chances before that.