So yesterday, Tall implemented a new feature into the game; safari balls! They act similar to pokeballs from pokemon, but are single-use. Not long ago, there was a conversation about possibly changing the recipe for the normal ones, and possibly implementing a permanent-use one I had some ideas for the crafts, here is one: 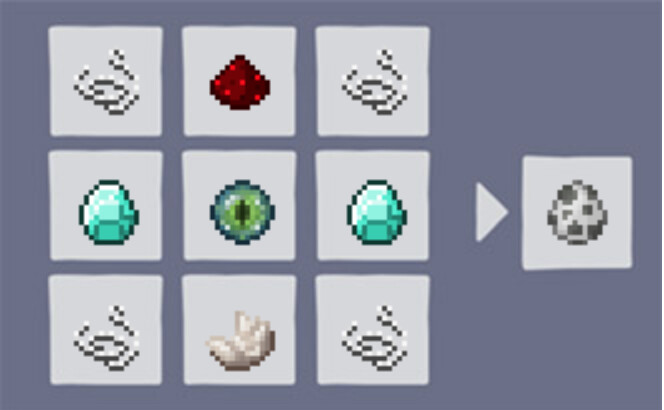 . For a permanent one, I thought this would be fair:

. The reason I thought this was fair is because these items are now practically essential in making farms, and the investment would definitely be worth it for most players. Now, I’d like to know what everyone is thinking of this idea, keeping the old craft, coming up with a new one, etc.[poll type=regular results=always public=true chartType=bar]

Should a new permanent use pokeball be added?

I had another thing I wanted opinions on tho:

I don’t mind changing the recipe but i think adding a perm-use one is a bit much, you can make farms without them, and, while handy in certain cases I don’t see their addition to be vital to the game enough to warrant another permanent version.

I think that’s fair, tbh I’m agreeing with u on this one. I think it’d be cool to have them, but I don’t think it’s really that necessary.

Yeah I think the recipe for the regular Safari Net seems fair. It requires the usage of diamonds, which will definitely mean it cannot be farmed. But I’m not so sure on the idea of a perma-use Safari Net. Nether Stars are pretty simple to get, especially considering that my automatic beacon farm is in the works. Additionally, block of redstone / block of quartz aren’t that grindy either. So it would really come down to the 18 diamonds, which take at most 2 hours to get. I don’t think that it should take only a few hours to get a item that can permanently move mobs.

ok, I’ll do some re-evaluating, make a new craft, and come back to you with it, the main question is that are you against the idea of a perma-use safari net ball
Thanks for the feedback! 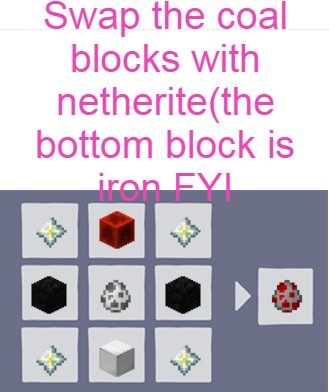 I voted yes for this because of this recipe btw.

Respectfully, I think changing the recipe for the eggs is a mistake. When you start adding nether stars and or netherite to the mix, the egg function just doesn’t outweigh the cost. Plus, if the only way we are going to be able to make these eggs efficiently is by constantly fighting the wither, harvesting netherite or building a wither star farm, then that hampers the ability to make these eggs for everyone except those that take the time to do this.

The single use recipe seems a bit over expensive as well. For just moving mobs around once, why burn diamonds?