As many players will have heard already, there is going to be an election to decide who the Mayor of Caldor is once and for all. The event will be held sometime during late January after everything is set up and ready for the election to be held.

For those of you who don’t know, Caldor is a city added to Cityportals a couple months ago, you can check the Residents and Builds on the Noticeboard next to the portal.

Firstly, although most players know what I’m talking about, here’s a basic introduction to the Caldor Election Project: Caldor is a city, founded by five players (Me, Iamthe_Faceofbow, 1FreeRealEstate, cheddarisgrate, and tallmartha) and there have always been disputes over who’s Mayor of the city: Cheddar claims there is no Mayor, I thought it was Bow, thatonecrazydude (although not a Citizen) thought it was cheddar, and so on. So I’ve chosen to host an election to decide.

The Rules are simple: any player can enter the election and run for Mayor as long as they are a Citizen of Caldor, and are not a Mayor of another city. So you’re able to sign up to be a Candidate if you’re a Citizen of another city, however not if you’re already a Mayor. This means they must have a house that is connected to the rest of the city, and their name must be added to the Noticeboard. Also, to vote, you must be a citizen of Caldor. Candidates are allowed to vote for anyone they like, including themselves.

At some point in January - currently undecided - an election will be held where the Candidates and Citizens can gather and choose a Mayor. I haven’t decided on details however I think the basic idea of how this will work is that each Candidate will stand up on a Podium and give their speech (Probably Minecraft chat not VC, since I know some players either don’t have Discord or are not comfortable with talking to other people online) on why they want to be Mayor; this includes what they will do if they are elected as well as why they want to be Mayor. After this each Citizen will sign a book saying who they want to vote for and throw it into a hopper, each Candidate will have a hopper for their votes. This way, there will be no real opportunities for faking votes. The Candidate who earns the most votes wins. If there is a Tie the tied Candidates can either decide to both be Mayors together or can fight to the death. Either is acceptable.

Anyway, I’ll be creating someplace to enter yourself for the Election in a couple days, Candidates are also encouraged to create posters, map art, and so on to advertise their campaign as long as it abides by server rules on advertising (this being no sharing IP addresses to other servers, advertising YouTube and Twitch stuff, etc.)

This is all a WIP, details may be changed and updates will be added to this forums post, wishing all Candidates for the Caldor Election good luck!

I’ve created the place where you can sign up to be Mayor, it’s located to the right of the Portal at the entrance of Caldor. To sign up, create a signed book with your name and throw it into the hopper in the middle of the room. Anyone is allowed to sign up to be a Candidate for Mayor as long as they are a Citizen of Caldor. Please be serious if you’re going to sign up, you will have to be prepared to actually do something if you are elected. By this, I mean you can’t sign up just to flex your position as Mayor. 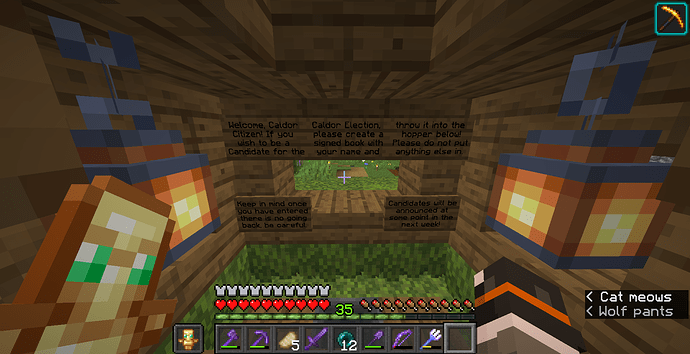 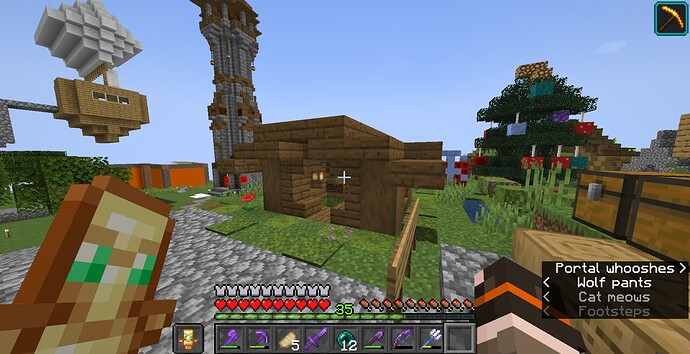 so annoyed ive missed this

It’s ok, if you want I can sign you up for the election? We’re still taking Candidates, results of who’ll be running for Mayor will be released on Monday 17th, so we could enter you into the election if you’d like? Hopefully you can get unbanned from the Discord if you aren’t already when the election takes place you’ll be there!

The results are in: there are currently two / three players running for Mayor of Caldor - me (Istax) and JoshIoan567! Also, Ender may also be running for Mayor although he hasn’t responded yet. I haven’t set a date yet however at some point this week or the next the election will take place where the candidates will give a speech on why they wish to be Mayor and what they’ll do if they are elected. Candidates are also recommended to advertise their campaign (e.g. putting up posters, chatting with residents and citizens of Caldor) as long as they abide by server rules on advertising. Thanks to all those involved!