The Fortress of the Sassy King Blog - Entry 1

Hello TallCraft! This is ThatOneLuke and this is something I have been asked to do by my two adoring fans and so I’ve acquiesced and started this blog thing on a project I’m working on. So I’ve been working on this for quite a few years ago now - I reckon it started in late 2016/ early 2017 and it’s been going on and off since then and these are some screenshots of my work so far: 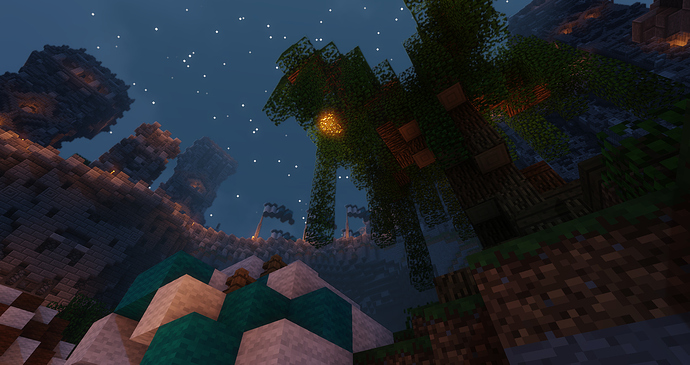 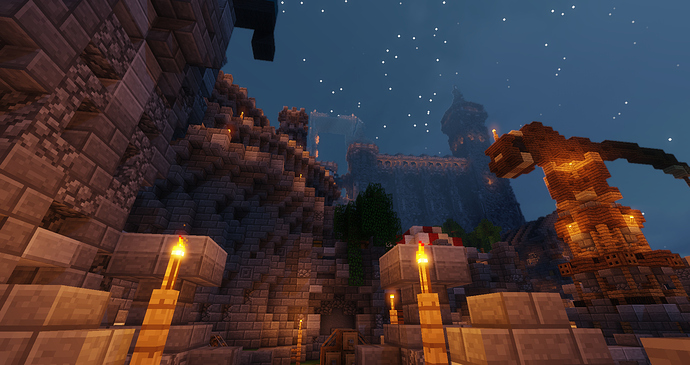 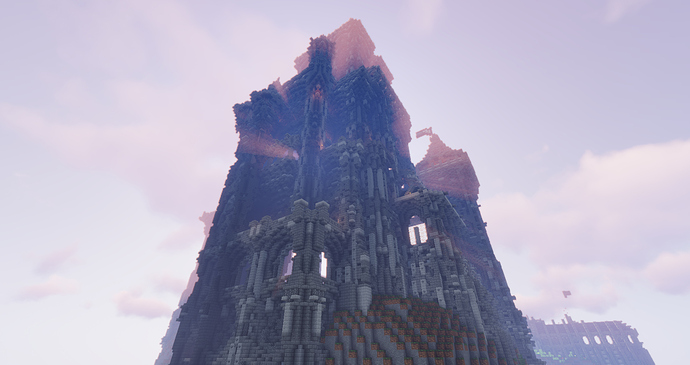 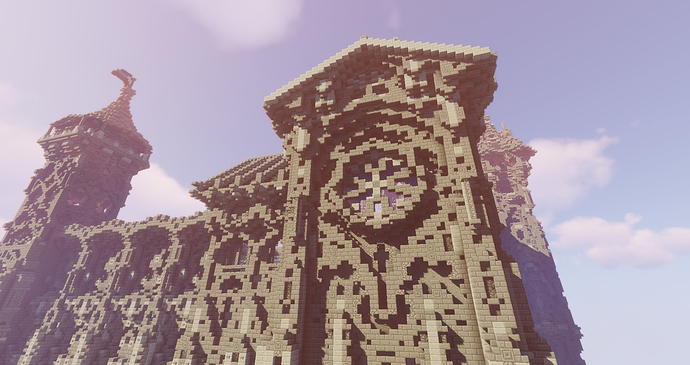 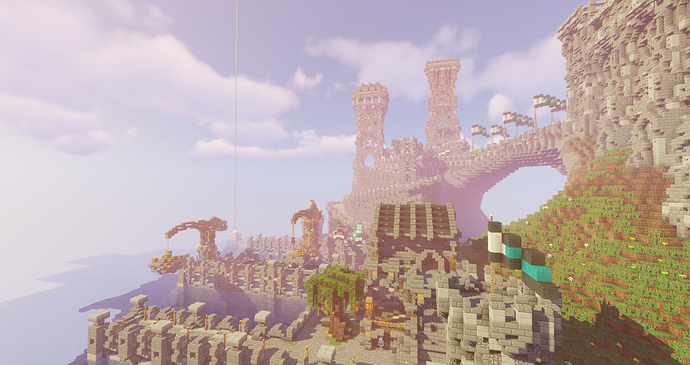 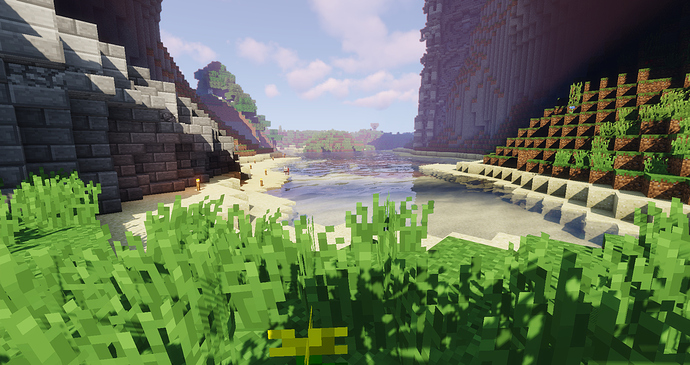 So far this is maybe 2/5 done or so. I still need to do a lot of work on this, but I plan to make a new entry on this blog thing every day or two to update you all on the progress I’m making, since with the COVID-19 there’s not much else to do other than watch paint dry, so stop back soon to see what’s been built! Also if there’s questions you have feel free to drop them down below or in game.

One of the nicest builds on Tallcraft I’ve seen. Keep up the good work!
And thanks for sharing!

I def dont have the skills or the patience to do this. I am damm impressed. Also it’s only 2/5 done R U MAD.

The Fortress of the Sassy King Blog - Entry 2

So…about that ‘update every one or two days’ thing - that went out of the window and here we are 13 days later. On the bright side, since I took an age and a half to update this, I have made a lot of progress on the fortress as a whole! In the last update the final tower in the back part of the fortress looked like this: 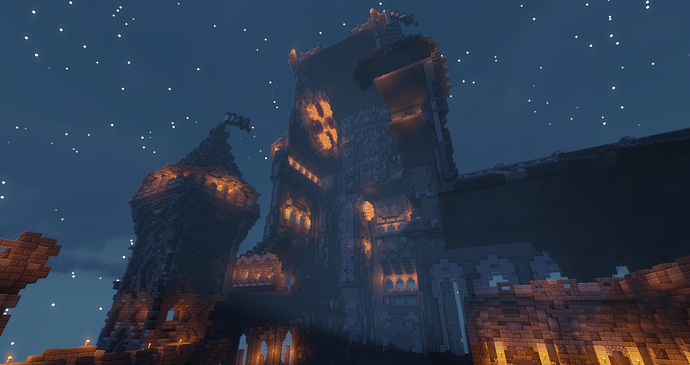 and now this is what it looks like now: 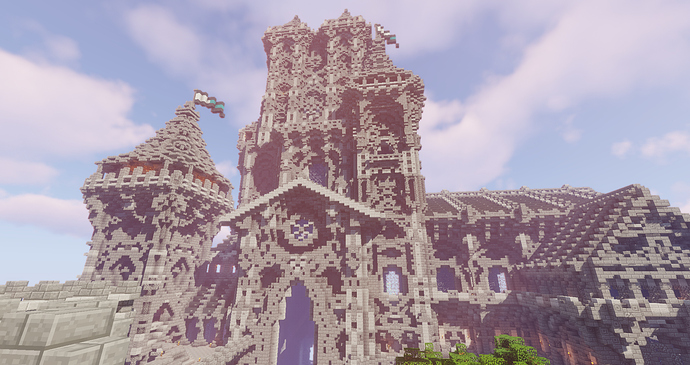 Also, to add a nature-ish feel a whopping great tree has been added to the courtyard of this area 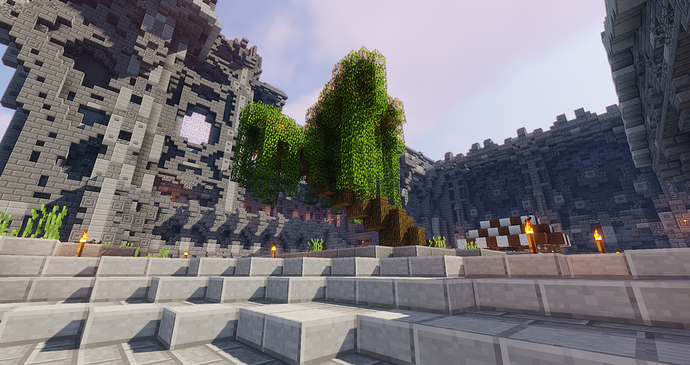 Looking at the great sturdy oak trunk, it reminded me how barking mad I was to start this whole project, but after a lot of time gazing in awe at the fluttery shrubbery I decided to leaf it be (please don’t leave). With that though, I can say, aside from maybe some small adjustments, that is the final area done, at least on the outside. Now I have begun work on the front area of the fortress, which might just be the biggest part of the whole thing (great).

So far it’s humble beginnings, and I spent an embarrassing amount of time failing to connect a bridge between the two areas, but it eventually worked and now I’m happy with how it looks 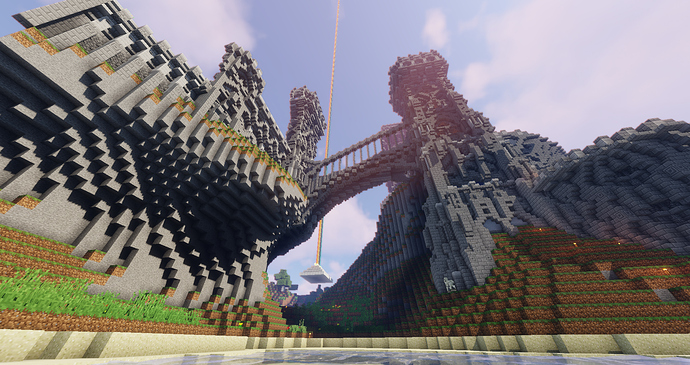 The most astute of you will not doubt have noticed that the bridge doesn’t connect to nowhere, and gold star to you! Just this very morning I was working on some walls and such to connect the bridge tower to the next large tower, which I have not started just yet:

I hope to start on that tomorrow. Also, completely unrelated but my previous one beacon setup had upgraded to a five beacon operation so now when I build I can now jump higher, which is exactly what I’ve been needing the last few years. Anyway, that’s basically it for now, and I hope all three of you tune back in whenever I next update this, in two days or two years, who knows? Again, if you have any questions, drop 'em below and I’ll answer them as quickly as possible. Thanks for reading!