I’ve set up a 1.13 test server. Players with rank VIP can access it.

Just login as usual and run /server lab to teleport to it.

It’s just a test server and the map will be deleted once survival has been updated to 1.13!
Also, expect it to be unstable!

All the rules from Tallcraft Survival apply.

Note: Previously I also allowed players with rank Ultimate to play on the test server. Due to technical limitations this is no longer possible. If you are Ultimate (and not VIP) and played on this server before you may message me and I’ll manually give you access again.

I am having internet problems, Cannot connect to the server.
Logging in dead so I cannot respawn.
RIP me D:

Could you maybe turn off mobgriefing?

Where’d be the fun in that

Keeping it all vanilla. Oh and difficulty hard by the way.

Oh okay, it’s just since I blew up a creeper near the spawn and wasn’t sure if you would want things like that happening or not. I fixed it either way.

Currently on the 1.13 TEMP world
So far, found couple shipwrecks and killed a couple drowned, also been in the Nether, and hoping to find a stronghold :D, Btw im at X 226 Z -5266 Yes i’ve been exploring … ALOT!

First Heart Of The Sea of the server!!

EDIT: First Mending of the server!
EDIT: A Trident weilding Drowned tried to kill me!
So far I hate 1.13!

Hey Tallcraft.
The temporary server crashed roughly a hour ago, Any ETA on when it’ll be back up and running?

Started the server again. It crashed. Seems like vanilla 1.13 isn’t very stable yet. I guess they’ll release another update.

@zfa why didnt you relight up the island after a creeper blew up the torch. And REPLANT the crops after you break them or just move away.

Moved this to a separate topic so the main one stays clean. You can discuss anything related to the 1.13 Test server here.

@zfa has died afk, and he won’t respond to discord, any way to kick him off?
Freedom & I can’t sleep throughout the night

sorry about that, ended up leaving with the intent of being gone for a few minutes but it turned into a few hours

Hey Tall, is it okay if hohogus33 can be added to the test server?

Sure! Added her/him to the whitelist.

When your friends take over your base, and build a horrific looking uncompleted dome, and HE knew what I wanted to do with the island (Flatten & Build a house) He does the complete opposite and builds a dome.

What I’m trying to say is IF I Invite you to live near / with me, Listen to me or just bugger off. zfa & I liked how we had our base but it got overhauled by Grav.

I Have decided Grav can keep the base, but he has to gather all the resources by himself. I have moved far FAR away from that island, Hoping my new base doesn’t get overhauled once again.

Hey, could i be added as well?

Added you to the whitelist.

So during this, freedomchaser1 and I found an island where all of our Turtles came from. We decided to leave the base where Grav820, Ent319, freedomchaser1, and I lived and created a home on the island. This island is what we call Turtle Island. When we first started there were about 19 eggs, that number is decreasing but we are planning to have more turtles on this island. Here are some of the screenshots we have of Turtle Island. Hope you like it! If you want to live here with freedomchaser1 and I. Feel free to tell me. hohogus33 is also planning to live with us on Turtle island. The island is about 5,000 blocks away from spawn so its pretty far away. But a stack of carrots, thirty-two bread, sixteen baked potatoes, 5 beds, and a boat, you should get there in no time! Again, hope you like the screenshots! 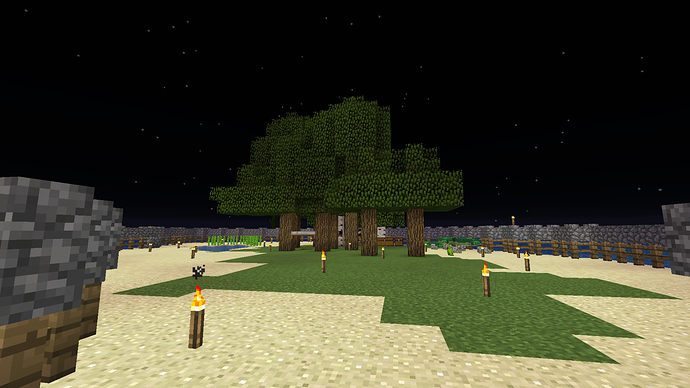 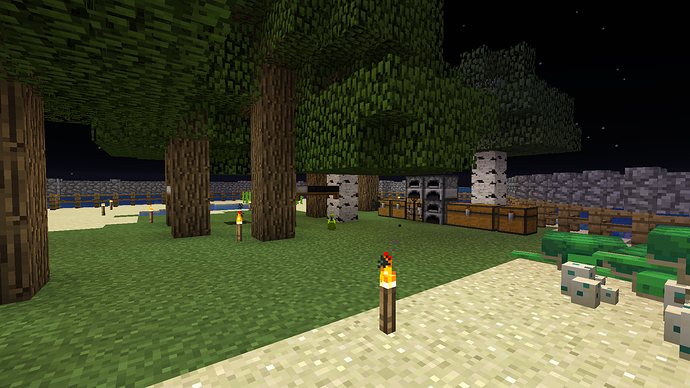 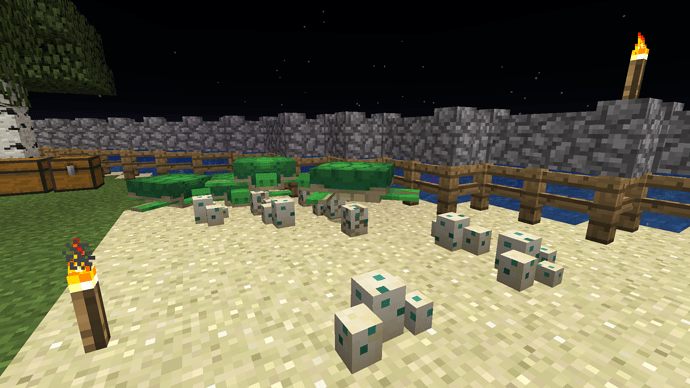 Creeper explosions is setting them not to explode via repeating command blocks using: /entitydata @e[type=Creeper,tag=!processed] {ExplosionRadius:0,Tags:[“processed”]}
I do not know if this works in 1.13 or not, worth a try O.o
(A alternative for /gamerule MobGriefing off)