Im airforce5301. so today i try to join the server and ive been baned. no idea WHY WHAT SO EVER!
i followed the rules every one im not a griefer and have never griefed. so please explain why i got baned. NO YOU CASNT BAN ME FOREVER I WONT PLAY SURVIVAL ANYMORE ON THE SERVER… Just please unban me so i can polay MI its the only server that has it im sorry there is nothing i can do.

You’ve griefed another staff member’s town and then reported that there are griefs…
I don’t know if you thought we wouldn’t care about your griefs given that there were other griefs prior to yours or that we’re not able to check who did it anyway.

Here’s the major part of your griefs. There were smaller ones by you which aren’t included here. 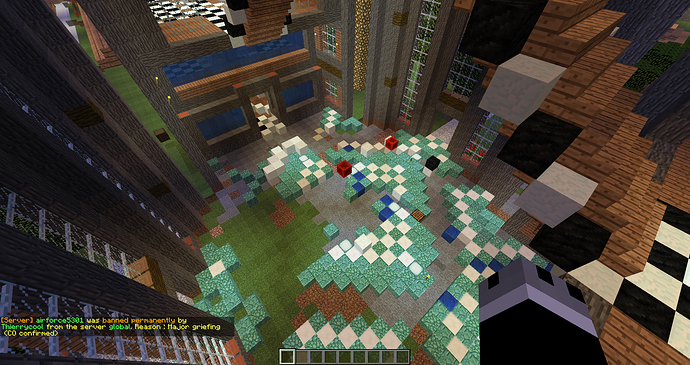 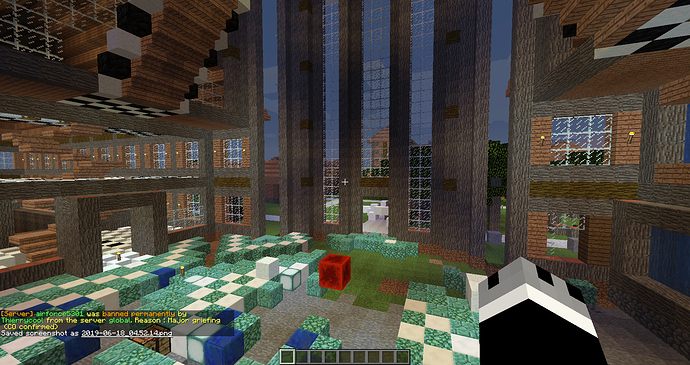 ok i can give back every block i still have them but you didnt have to ban me when i couldnt defennd myself. im sorry i thought the town was abbandond. it had already been griefed.

Everything has been rolled back anyway, so there’s nothing to give back.
Yes the town was mostly abandoned and there were other griefers (who got banned as well), but that doesn’t mean you can grief it. It’s very simple: Don’t touch any other players’ buildings without their permission.
And about the ban itself: Of course we ban for something which is clearly against the rules. Why would we wait and allow further damage to be caused? The forum is the place to defend yourself, not ingame.

That all being said, you said you followed every single rules and it is clearly stated in the rules that what you did is not allowed…

Modifying or destroying ( griefing ) another players structure without their explicit consent is not allowed and can lead to either a temporary ban (in case of a small violation) or a permanent ban.